NFL Hall of Famer to present Golden Football to YHS

NFL Hall of Famer and YHS Alumnus Curley Culp will be presenting a commemorative Golden Football to Yuma High School on behalf of the NFL on Friday, October 23, during halftime of the Yuma High vs Gila Ridge football game.

As the NFL marks their 50th Super Bowl this season, they are celebrating the players and coaches of the past 49 Super Bowls and their high schools and communities that have positively impacted the great game of football. Nearly 3000 players and head coaches, and more than 2000 high schools will be recognized this season.

"We are extremely honored to receive this recognition from the NFL. It's another example of our rich heritage and proud tradition of excellence at Yuma High School,” said Faith Klostreich, principal of Yuma High School.

As a member of this special group, a commemorative Golden Football produced by Wilson is being sent to the high school of every player or head coach who was on an active roster in a Super Bowl. Curley Culp, a 1964 graduate of Yuma High School, played in Super Bowl IV, starting at left defensive tackle for the Kansas City Chiefs as they defeated the Minnesota Vikings, 23-7.

Yuma High School will also receive an NFL Character Education Curriculum and is eligible to apply for a grant from the NFL Foundation to help support the school’s football program. 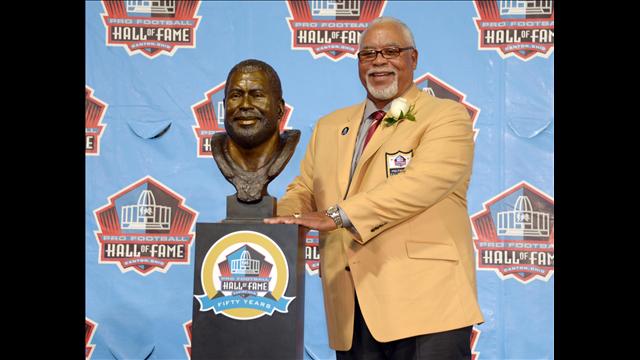